We're sorry but the candle you have selected is currenty in the process of being purchased or has just recently been purchased.

Please feel free to select another candle or check back in 15 minutes to see if the candle you have selected has been released for purchase.

We're sorry but there are no candles available for lighting.

You have already begun a candle purchase session. If you would like to continue with your current candle choice please click "Continue" otherwise please click "Select Another".

In Memory of
Robert
Hayes
2018
Click above to light a memorial candle.

The lighting of a Memorial Candle not only provides a gesture of sympathy and support to the immediate family during their time of need but also provides the gift of extending the Book of Memories for future generations.

In the event that there is an error
in the information presented,
please contact the funeral
home by clicking here. 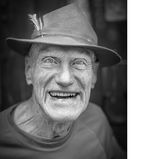 Robert C. Hayes was born at home in Salisbury, Vermont and died in his sleep at home in Evaro, Montana. One of his points of pride was never spending a night in a hospital, until the last month of his life.

Bob was a fiercely independent man. When he was 16, young Bob and a 14-year-old friend launched their wooden canoe from a stream near their homes and set out for Hudson’s Bay. They made it out into the St. Lawrence Seaway where a submarine surfaced nearby to learn why two teenagers were paddling ambitiously down the river. Bob and Ray did not quite make their destination and had to ship their craft back home while they hitch hiked, living on four cans of beans.

Upon high school graduation in 1944, Bob enlisted in the Infantry, following in the footsteps of his father, an Infantryman in WWI. Since Bob was from Vermont and surely knew about mules, he was assigned to a mule outfit. He served in Italy supporting the 10th Mountain Division. Bob claims the only time he had to fire his M1 was when he shot the mule that trampled him on the trail.

Following the war he served as a fire lookout on Pico Peak in Vermont where he met his future wife (of 57 years) when Ann hiked up to view the lookout and its manly occupant. They attended the University of Vermont for two years before marrying on April Fools Day of 1950. They drove across the country in a 1937 Ford Coupe so Bob could finish Forestry School at the University of Montana. They lived in the Strip Houses built for the huge influx of Army Veterans where the golf course now stands. Tom and Andy were born in those Strip Houses, and that is where Bob and Ann met many fellow veterans who became life-long friends.

Upon graduation, Bob and Ann built a house up the Rattlesnake very close to the turn-off to what later has become a very popular wilderness area. Their five-acre ranch was soon populated with horses, Ann’s second love. The horses were used for annual family trips up to the Rattlesnake Lakes. Third child, Suzanne, began her life-long love affair with horses here as well. On one car camping trip up the remote Blackfoot, Suzanne was left bathing in a canvas bucket as Bob and Ann both thought she was riding with the other, nearly reaching home before they discovered the miscommunication.

By this time Bob had started his career as a Timber Cruiser for the various incarnations of Intermountain Lumber. That job entailed pacing off plots on mountain sides and making judgments of the value of the timber for sale as well as the costs in extracting the timber to the mill. Later in life, son Andy, who was a smokejumper in top shape would go out to work with Bob with the goal of keeping up with the old man. He remembers he once almost beat Bob to the truck at the end of the day. Another story during that period was an injury incurred while chopping his firewood, the only source of heat for Bob’s new home up in Evaro. Using a maul and wedge, a chunk of steel flew off the wedge and imbedded in his thigh. He threaded dental floss on a sewing needle and had oldest son, Tom, steady him while Bob sewed the wound shut.

Bob built the house in Evaro with his father, a retired carpenter. They did all the electric and plumbing, built two log pole barns, corrals and built or improved fences around most of the 180 acres, all done with a pick, shovel and hammer.

Once retired, Bob wanted to stay in shape so he swallowed his sometimes derisive words about his sons running in circles on roads and began to run himself. His initial training, at age 66, was in black logging jeans and irrigation boots as he ran around his fenceline at his Evaro ranch. Up to that point, Bob had never worn a T-shirt as an outer garment, never wore shorts beyond swimming and had never worn tennis shoes. Once he started wearing running shoes, he nearly always won his age group at any distance from 5K to 100K. His collection of trophies and medals from over 300 races is awe inspiring. His t-shirt collection is even more impressive. Bob is the oldest runner to complete the rugged Bridger Ridge Run at age 82. He ran the Missoula Marathon in 4:39 at age 83. He competed in the Riverbank Run Trifecta when he was 90.

Although Bob became an icon in the running world, he had many talents: accomplished artist, expert calligraphist, avid history buff as well holding annual season passes to the Missoula Symphony and the Children’s Theater. Son Tom was an accomplished ultra runner, son Andy was Operations Director at the Smoke Jumper Center, and daughter Suzanne made the Endurance Horse Ride Hall of Fame. But despite these accomplishments, all three children were simply known as the kids of legendary Bob Hayes.

He is survived by his three children as well as his sister Sherry in Kalispell. A Celebration of Life is being planned in mid August. In lieu of flowers the family recommends donations in honor of Bob to the Missoula Symphony or the Missoula Children’s Theater.

To send flowers to the family of Robert Hayes, please visit our Heartfelt Sympathies Store.

This Book of Memories brings those affected by loss together by encouraging communication and self-expression. By giving friends and family a special place to tell their stories and express their feelings of loss, it helps them care for one another during a very difficult time. Click on any of the links to the right to access features or information within this memorial website.